Sharing the Wealth as a Comic Book Goes to Hollywood 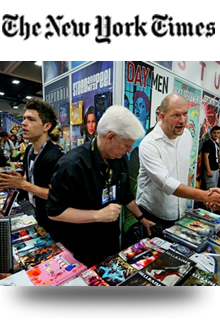 EIGHT years ago, when the founder and chief executive of Boom Studios offered to publish a comic book called “2 Guns” about two undercover drug agents, he frankly told its writer: “The paycheck isn’t borderline insulting; it is insulting.”

But beyond the paltry pay, the C.E.O., Ross Richie, was able to offer the writer, Steven Grant, a deal that’s still not a given in the comics industry: a significant share in any movies, TV shows or video games that might emerge.